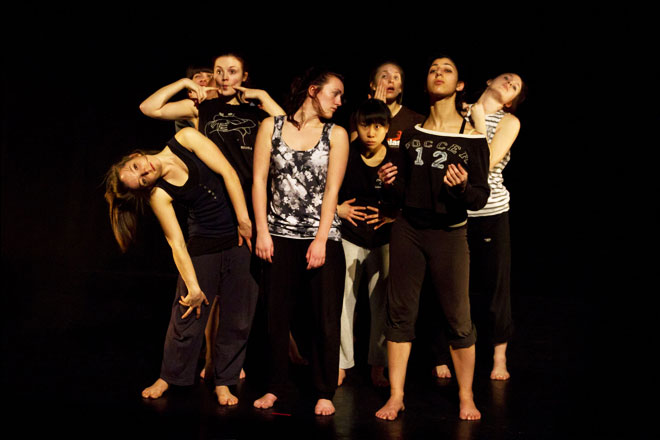 Historical Chichester beckoned me for another chance to see those beautiful dancers. This time they were practicing for their evening performance and I would experience the atmosphere of lighting and various costumes. It also gave me the opportunity to meet Artistic Director Detta Howe who co-works with Yael Flexer. With her, I made sure that I had some idea of the rehearsal structure, so I could be somewhat prepared visually.

The performance had a few particular scenes conveying a variety of subjects, forms and moods. I was warned that some sections of the dance would be quite dark, which compared with the florescent lighting of the dance lesson that I covered in my last blog, was going to be interesting.

Initially, the dancers had a quick trial run-through of their forms and steps. So, camera aside, I eagerly watched them, my eyes darting from one end of the stage to the other, trying not to be overwhelmed, trying to absorb any salient movements to capture later.
That was the idea anyway, their movements were so subtle that when it came to the dress rehearsal their elegant displays of energy blew me away. What I had observed in the the practice run was a minimal summery of what was to follow.

The lighting was, as promised, very low, but very dramatic. I decided to keep to my 15-85mm lens despite it’s limitations, I knew I needed the swift option to change from wide angle to close up. The unexpected unpredictable factor for me was the frequent change of lighting. Now it matched the mood and fluidity of the dance but gave me more of a challenge as a photographer. I was all ready with my camera settings so snapped away, then for effect, the lights lowered even more! Now from an audience perspective this was gripping, but for a photographer, a little daunting. You see, you can be concentrating on your frame with some expectation of motion, but when the lighting suddenly changes, you can lose out on a good image. I’m not complaining, I chose this subject, but I had anticipated motion change and not lighting change. However it has to be said, the sun can play this game too when it dips in and out of the clouds.
Well, if I’m not learning , I’m not growing! 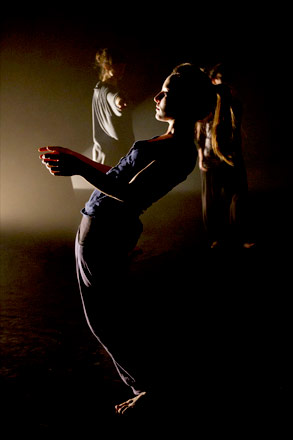 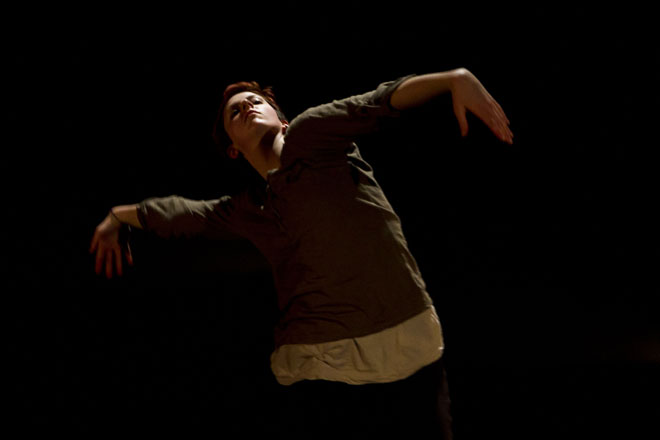 Luckily I was shooting in RAW (pure and unprocessed) as opposed to JPEG which is a touch faster, but it compresses the final image. I needed quality to be able to work in post production. I was able to extract more form and detail from the RAW images as well as handle the noise from having the ISO quite high.

I decided to work in Adobe Photoshop CS5 which has a variety of fabulous darkroom settings. I occasionally recall playing in the good old proper darkroom for hours with my chosen negative in the tray, fanning to dodge the light’s intensity and burning in light to areas that needed more detail. There was something quite wonderful about controlling the mood of an image in a three dimensional space, and then came digital photography. However, I am definitely captivated by the flexibility of digital post production.

The dancing was overall magnificent and made me realise how much I love contemporary dance. It is a wonderful tool to communicate a diversity of ideas. I hope to do a lot more in this area. If you’d like to see more of my photographs of Mapdance, you can see more results from my battle to capture light and motion! 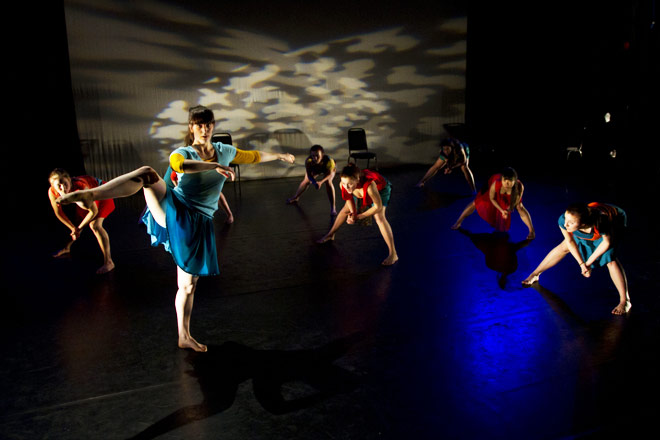 I used ISO 1600 with a 1/60 and 1/100 shutter speed depending on the lighting changes, this then defined my depth of field which ranged from f:3.5 to f:5.6.
If you want to shoot in RAW, invest in a decent extreme scan card with enough memory to rattle off a decent number of pics.
Happy snapping!